Our experienced Therapists are the utmost professionals, having performed all over waxing for many years. Whether this is your first waxing treatment or you’re a seasoned professional, we promise to treat you with respect, courtesy and discretion at all times.

Options
The Brazilian
All About Eyes

At A Perfect Blend we pride ourselves by having the very best quality waxes combined with highly skilled therapists. Our treatments are sure to leave you with minimal discomfort and a better lasting result!!!

Our treatments use a natural, flexible wax, which delivers outstanding results whilst still being gentle on your skin.

This wax has a creamy consistency with Titanium Dioxide to reduce redness and irritation, making it especially superior for Brazilian waxing. Nourishing Almond oil and other essential vitamins also restore skin suppleness and elasticity.

We use a high performance strip wax based on Pure Olive Oil.

This natural formula with soothing olive oil instantly nourishes and softens the skin for a restoring wax treatment. It glides on quickly, easily and doesn’t leave any sticky residue on your skin.

Are you ready to feel silky and smooth?  We’d love to hear from you! secure an appointment

Brazilian waxing is an extreme bikini waxing treatment that removes hair from the entire pubic region. Although some people choose to leave a “landing strip”, a small patch just above the vaginal area. This is a very intimate type of waxing, our priority is to make your experience as quick, painless and comfortable as possible.

Waxing during pregnancy has become very popular and our therapists are trained to ensure that all parts of the body are waxed comfortably and safely.

The Brazilian is a very popular treatment one week before the due date. 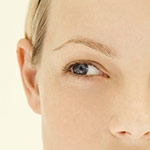 New to Waxing? Then you might well have some questions, you’ll find answers to the most common questions here.

Who is suitable for waxing treatments?

Everyone is suitable for both hot wax and strip wax unless they have a specific allergy.

However, if you have a skin condition like eczema or psoriasis, getting waxed is not always going to be a good idea. Likewise if you have bad acne or are taking medication that thins the skin it may be worth checking with your GP first.

What should you do after your wax?

If you want to have the best waxing results post treatment, avoid anything that is going to bring you out in a sweat. After waxing your pores are very open and are more vulnerable to getting blocked.

Avoid exercise, sunbathing, really hot showers and saunas for at least 24 hours after your waxing treatment.

How do you avoid ingrown hairs!

A tip to manage ingrown hairs is by gently exfoliating the day before your waxing appointment. Buffing away the upper layers of dead skin will allow for easier hair removal and prevent the follicle from becoming clogged.

Lightly exfoliating the day after your waxing and continuing to do so weekly will help keep the follicle clear and allow hairs to grow upright and unimpeded.

How long do the results last?

After your first waxing, the results can last anywhere from four to seven weeks, depending on your hair re-growth rate and the season. Warmer weather tends to encourage faster re-growth; therefore your hair grows quicker during the summer.

In most cases, you’ll see minimal hair re-growth during the first three weeks, with noticeable increases from there onwards. Continued waxing will encourage sparse hair re-growth.

How can you make your results last longer?

The length of time your results last depends on a few factors. Where your hair is currently in it’s growth cycle, the area involved, breakage and seasonal changes. Thankfully, the most influential and easily manageable of these will be controlling your hair growth cycle.

Basically there are three stages to hair:

At any given time approximately 80 to 90% of hair follicles are in the growing phase, the rest are either in the transitional phase which is 2 to 3% or in the resting phase, 10 to 15%.

This means at any time a portion of your hair is growing underneath the skin and hasn’t reached the surface yet. Or it is above, but isn’t long enough to be grasped. Your waxing treatment won’t be removing these particular hairs and in the next couple of days or weeks you will see them appear ahead of the rest.

The easiest remedy is to time your second waxing appointment a little early, say within 2 to 4 weeks. This will give you a chance to remove those additional hairs from the root and help your regrowth to become evenly timed. Letting you go longer between your treatments.

Over time, regular waxing will often cause the follicle to become damaged causing it to come back finer or just stop growing altogether.

Different areas of the body also don’t spend the same amount of time in the three stages of regrowth. Meaning hair removal on your legs may not grow back in sync with your bikini waxing. Even though both were performed on the same day.

When the hair is being waxed, instead of being removed from the root, it can break off above or even below the skin’s surface. Although professionals can break the hair, it’s much more likely if you do your own. The hair not only appears much sooner but can create a sharp edge which may lead to ingrown hairs.

Lastly the current season does play it’s part in regrowth. The same rule applies for waxing as it does for your haircut. Warmer weather will tend to encourage faster re-growth; therefore your hair will simply grow quicker. Speeding up the whole cycle during the summer and slowing it down during winter.